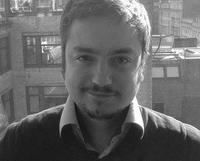 At just 34, Luc Michalski has already lived three different professional lives. Fascinated by the internet and social networks, this web visionary launched his career in e-commerce in 2006. Later on, whilst still training with emlyon business school executive development, he took off to London to be a part of We are social, one of the best-known companies in conversational marketing on the social networks. Today, he is doing something different again, this time in San Francisco, where he is working as Global Head of Servers for Blippar. The company recently won praise from the British Prime Minister, David Cameron, for its innovative ‘augmented reality' technology.

“At emlyon business school , I developed an overview of management”

“After digital, why not energy?”