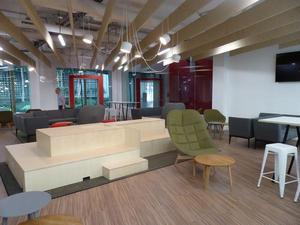 emlyon business school has made a spectacular leap from 64th (2015) to 26th place (2016) in the global list of universities whose graduates are most employable. On a national scale, the school is in second place behind HEC.

The list is prepared by human resources consultancy Emerging and the German research institute Trendence. This particular survey consulted recruiters exclusively. 2500 employers across 21 countries were asked to evaluate higher education establishments. While the United States and Great Britain dominate the top 10 with 9 of their institutions, 11 French universities and schools are in the top 150.

Laurent Dupasquier, Executive Director of Emerging told Le Monde newspaper: “By focusing on research in particular, other rankings evaluate educational establishments based on an Anglo-Saxon idea of universities.”

For international recruiters, the key criterion of a graduate’s employability remains their “professional experience” over their “high level specialization” or “fluency in two foreign languages.”