After a meteoric career as a business lawyer, Wilfried Aubron felt the need to refocus on human relations and turned to managerial innovation. A radical change, assisted by emlyon business school training. 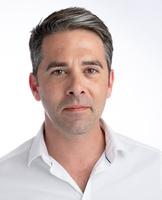 Being a business lawyer was a vocation for Wilfried Aubron. From the age of 16, he knew this was the job for him. His studies were therefore a matter of course and his career quickly took an international turn. He started out in Paris, working for a major French bank, then joined a large SME in the south of France, Delta Plus Group, listed on the stock exchange, as legal director. Wilfried Aubron then moved to London to join an American aerospace group before being recruited by Rio Tinto in 2011. The international mining group entrusted him with the legal responsibility for its purchasing operations for Europe, the Middle East and Africa. The experience was an exciting one. Wilfried Aubron led a very full life, driven by the desire to win.

“As a lawyer, I liked to move fast. I was looking for recognition, without really bothering about ethics or other people,”Wilfried Aubron admits. But this frantic pace became unbearable, and a health problem gave him pause for thought in 2015. He then totally changed his lifestyle.

Meditation and sport became his daily routine. He reconnected with his teams and changed his way of managing. “At Rio Tinto I took initiatives to foster trust, autonomy and the development of my teams,” he says. Wilfried Aubron used his empathy as a lever to boost performance and aspired to do more in terms of managerial innovation. But the strategic dimension was one skill he didn’t have. And to change he needed to go through training.

Back to SMEs through the Makers Bridge

He then turned to the emlyon business school Executive MBA. “This was a turning point in my career and my life,” he says. He broadened his portfolio of skills such as strategy, finance, marketing and change management... and gave new thought to leadership. The Executive MBA was also a breeding ground for meetings. “My group, number XV, was incredible. For two years, I had 14 strangers looking at me and this helped me to reconstruct the vision I had of myself. The personal development modules completely transformed me. Today, I know who I am, what I want and I feel that I am legitimate,” explains Wilfried Aubron.

In the second year, he had the opportunity to specialize, with the “Makers Bridge” course. He chose the SME specialization, in line with his career. “My experience at Delta Plus Group has helped me to appreciate the agility and responsiveness of SMEs, and the way they can directly experience success and failure. I didn’t find this dimension in big groups. That's why I turned to this Makers Bridge specialization,” he explains. Wilfried Aubron went on a learning trip to Germany, to meet the large SMEs that make up the wealth of the local economic fabric. “I could see that young people were very much involved in the company. They became stakeholders very early on. I really liked this approach. It was very inspiring and it’s something we don’t have in France,” Wilfried Aubron remembers.

A thesis on the commitment of employees working from home

Choosing the Executive MBA and the Makers Bridge specialization also marked a great professional change for Wilfried Aubron. Possibilities for development were limited at Rio Tinto but a long-time partner offered him an opportunity with the Elevate Services group. This market-leading legal service provider had worked with Rio Tinto and Wilfried Aubron for several years. Founder and CEO Liam Brown’s business was growing rapidly and his company now employed 1,200 people worldwide. He offered to accompany Wilfried’s Makers Bridge specialization and make one of his problems the subject of a thesis: “How can the commitment, motivation and performance of employees working from home be ensured?” This is because 40% of Elevate Services employees were working from home and the company wanted to begin in-depth work on its corporate culture and organizational strategy.

The subject was one that fascinated the business lawyer, for whom the concepts of commitment, employee development and corporate culture have become real drivers. So he set out on an ambitious project: Elevate Workplace of the Future, which he took over when he had finished his Executive MBA.

“I have just been appointed people engagement director. All aspects of my training are useful to me on a daily basis,” adds Wilfried Aubron. International confinement is confirming the relevance of the approach developed by Wilfried and his team: involving his teams and creating links to maintain a high level of efficiency in a remote work environment. A leadership position fully endorsed by Wilfried Aubron.