Tawhid Chtioui is one of only a few western business school deans from Africa. At EMLYON in France, he plans to change students’ mindsets and disrupt the industry

Written by Simon Lovick Via Business Because 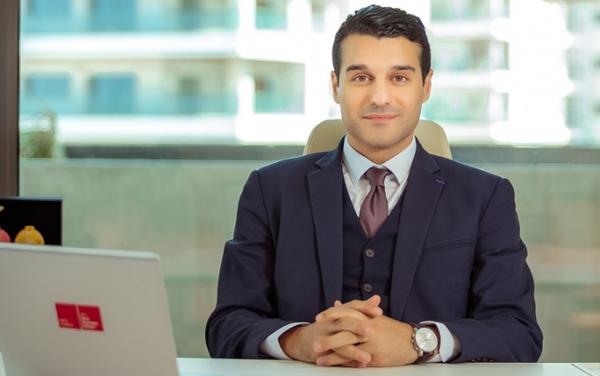 Tawhid Chtioui was named dean of France’s EMLYON Business School in April 2019. As the former dean of emlyon’s Morocco campus, and one of the only African deans of a western business school, Tawhid has a strong grasp of how business differs the world over.

But there is one running value throughout business which remains the same globally, he says. It’s something that Tawhid views as at the center of business education: Responsible management.

In the wake of the 2008 financial crisis, businesses have been under increasing pressure to display responsible practice.

Ethics and corporate social responsibility (CSR) have crept into business school curricula, with the majority of MBAs now having core or elective modules on ethics.

For Tawhid though, this isn’t enough.

“Business professionals don’t just make ethical decisions; they make financial decisions, strategic decisions, and marketing decisions. Ethics is only one part of the decision,” he says.

Tawhid wants to stop standalone courses on business ethics and CSR and move towards integrating it at all levels of the school; across programs and modules. Business schools, he says, should impart values rather than just providing knowledge.

“In 10 years after our students leave, the only thing that remains are values,” Tawhid insists. “In the future, when they make a decision, I want them to think about the impact on the environment; on salaries, on employees, and on customers.”

At emlyon, Tawhid says the school places a heavy emphasis on experiential learning, with students applying theory in real-life situations and working on cases to see how having responsible values can be impactful.

Each student, he says, should take up at least one internship or placement at an NGO or a nonprofit, in order to see the real social impact of these professions and the importance of thinking responsibly about your decisions.

Instead of a module on sustainable development, why not take part in a business simulation game, Tawhid suggests, where you can see what the real impact on a business is if you don’t consider the importance of sustainability.

It’s these practical experiences, he insists, that will stay with students for a long time.

Rankings are important for business schools, in terms of their reputation among candidates and employers alike.

However, in the shift towards responsible management, Tawhid says rankings systems have held business schools back.

As MBA rankings put a huge emphasis on graduate employment and salaries, business schools have traditionally focused more on putting their students into high-paying jobs than making an impact.

“We need to face up to the standards made by the rankings, which are focused on quantitative aspects, and move towards more impact measures,” Tawhid insists.

“We don’t take these things into account, but they’re still so important for schools and for society,” he says.

But the charge to responsible management has, and should come from, business schools, Tawhid says.

“We need to be responsible for the values that we give to these future leaders, demonstrating that they will have a wider role in society, not only in achieving the financial objectives of their companies.”