Franck Chuzel is driven by the challenges facing society. This researcher, who specialises in endocrine disruptors and risk management, works to address these challenges with his biotech company LifeScientis. Portrait. 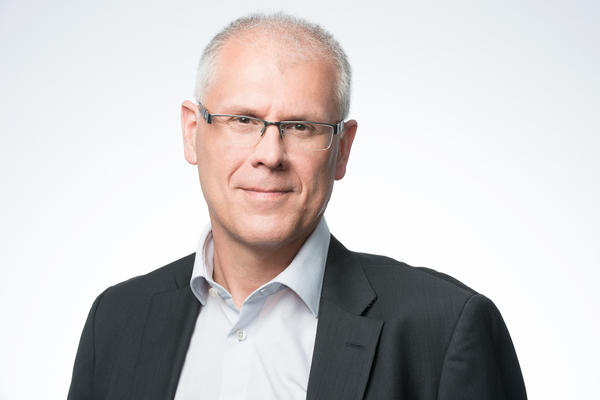 Franck Chuzel’s career-changing moment happened in the 90s. At that time, he was a PhD student at INSERM, focusing on reproductive functions and sterility. With Rhône-Poulenc, he began to take an interest in endocrine disruptors, chemicals which are the subject of a huge amount of research today. Since then, these disruptors have shaped his career with major companies from Aventis Cropsciences to Bayer, where he managed various R&D projects. He has also worked with European and global bodies including the European Commission and the OECD, representing industry and participating in debates on the risk assessment of these substances. “I worked on texts and guidelines which focused on better assessing the dangers. I’ve always loved working on projects with a social impact,” Franck Chuzel explains.

After nearly 15 years spent working for major companies, Franck Chuzel tried his hand at entrepreneurship. In addition to his day job, he and several other partners founded an organisation specialising in the archiving of homologation documents for major life science companies. “We sold the company in 2012. That’s when I decided to stop working in the industry. I had too much to manage, it took too long to make decisions. I needed to take a break,” he explains. He already had a business idea chose to study the Executive MBA at emlyon business school. “I was able to take the time to think and have my ideas challenged in a kind, friendly environment. This reaffirmed my way of working and gave me additional tools. I also took the time to further explore risk and its perception at a societal level. I considered a number of business ideas; although some never came to anything, I met some incredible people during my studies,” Franck Chuzel says. LifeScientis was born during this career break: a biotech company which aims to improve both the efficacy and safety of products developed by the life science industries. It provides consulting services, helping life science companies to assess the dangers and toxicological risks. The R&D division creates and develops molecular encapsulation solutions (drugs, ingredients, flavours and even fragrances) with a focus on the well-being of the planet and its population, using soft and green chemistry processes. “We’re there to provide solutions with ingredients which are less toxic, thereby reducing the dangers and risks of use. So we focus on green chemistry and biodegradable products. It’s a way to respond to the challenges facing society, to contribute and to play our part,” Franck Chuzel explains.

Based in Grasse, the company LifeScientis works with SMEs, larger companies and start-ups too. The biotech company is also keen to develop research partnerships with universities, in addition to its partnership with Nice Sophia Antipolis, to bridge the gap between basic and applied research. “There’s a lack of understanding between the public and private spheres, but we manage to find more transparent ways of working together. It’s true that it’s sometimes simpler in Anglo-Saxon countries. But the issues surrounding the efficacy of treatment, toxicology and risk are complex. Unless we work together, we can’t do very much. We need to combine expertise to ensure a diversity of views and create real change,” Franck Chuzel notes.

This new, agile company relies on the experience of its founder, developed over the course of his career working for major companies, and is growing fast. Three years after it was founded, it now has 5 researchers. Franck Chuzel is getting ready to open up the company’s capital to active board members. He’s also preparing a funding round in the next two years. “I would also like to resume my role with international organisations. The researcher’s role is key in these debates: we’re here to educate, using the information we have at our fingertips. When it comes to dangers and risks, there are still questions to which we have no answer and it’s only by debating that new ways of working will emerge,” the entrepreneur observes. Another way for Franck Chuzel to contribute.

Progress within your company, increase your remuneration, turn to entrepreneurship... Following the EMBA emlyon business school is a guarantee of significant professional development. The diploma was ranked 5th worldwide by the Financial Times, in terms of career progression in 2018.

Offered in fast-track or part-time, it is aimed at "makers": experienced executives and managers who are carrying out a project or seeking to challenge themselves by acquiring new skills around today's business challenges. The Executive MBA covers finance, strategy, decision-making, management, data, personal development and posture.